She is well known for her work in the popular video game series Kingdom Hearts; composing the score for 11 titles in the series. 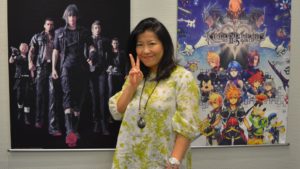 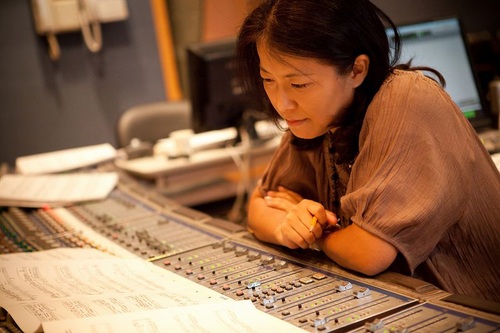 Yoko graduated from the Osaka School of Music in 1988 and immediately began working for video game giant Capcom. She stayed with Capcom for 5 years, composing for some of their most successful titles like Street Fighter II, which she names as a turning point for her career. In 1993, Yoko began working for Square (now Square Enix) to search for more expansive, story-driven titles to compose ‘classical-style’ music for. She worked on several popular titles while under Square, including Super Mario RPG, Legend of Mana, and Parasite Eve. Yoko then composed the score to the first Kingdom Hearts, released in 2002. The game is widely recognized for its “superb soundtrack,” which greatly enhances the playing experience, and is one of Square Enix’s most popular titles. After Kingdom Hearts‘ release, Yoko left Square and now works independently as a freelance composer.  This has allowed her to compose for other video game companies in addition to  Square Enix’s label. In addition to the Kingdom Hearts series, Yoko has also worked on Nintendo’s Mario and Luigi series, and the score of the popular Square Enix title Final Fantasy XV. Her most recent projects were the song “Shiva” from Streets of Rage 4, released in 2020, and the score to Kingdom Hearts 3, released in 2019.

Yoko originally was going to become a piano teacher, but her love of video games moved her to apply to major companies as a composer. She took her first job at Capcom against her parents’ wishes. In 2009, the Royal Stockholm Philharmonic Orchestra performed a concert highlighting some of the album’s music. She herself has performed several of her works all across Japan and with orchestras in Paris, Boston, and New York. The London Philharmonic Orchestra performed selections from Final Fantasy XV in 2016 at Abbey Road Studios in London. Yoko has said her all-time favorite song out of her work is “Dearly Beloved,’ a delicate piano theme from the Kingdom Hearts series. Yoko has worked on the composition of over 45 games in her career.